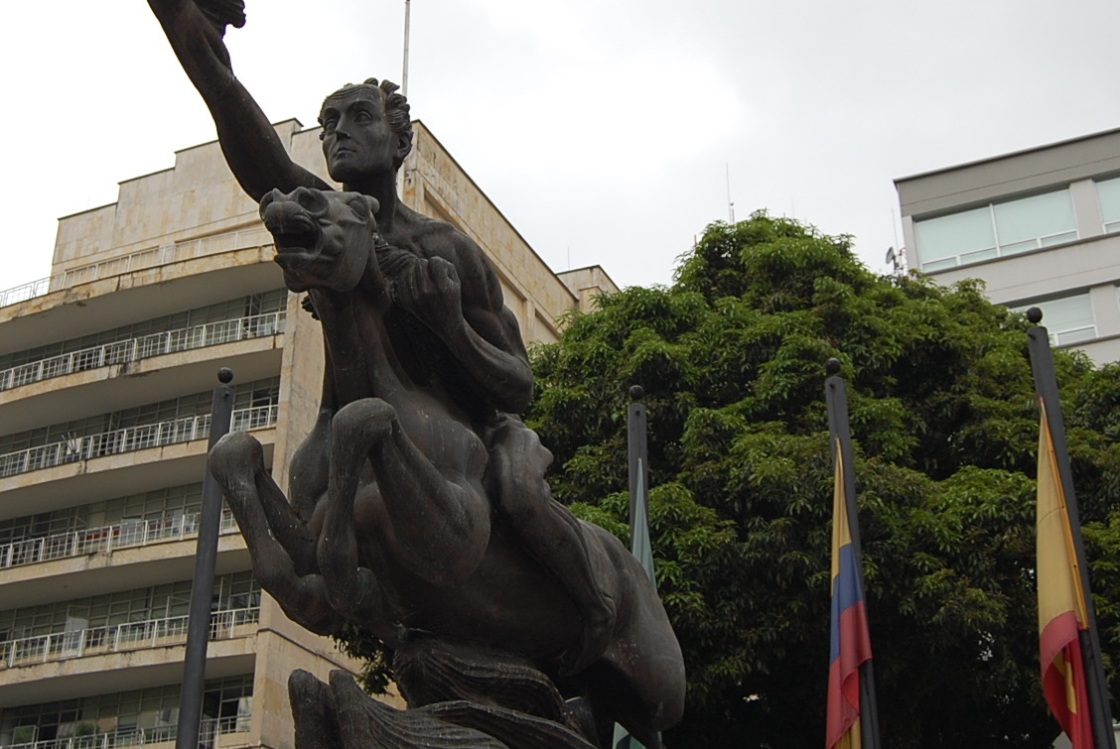 Every country needs one poor town to be the butt of all its jokes. And while people in Bogotá can be pretty stereotypical about ‘lazy Costeños’, not even the laid-back, fun-loving folk of the Atlantic Coast have it quite as bad as the good citizens of Pereira.

Pereira is an otherwise ordinary Colombian city. It has shops, houses and around 600,000 inhabitants which makes it the biggest city in the country’s beloved coffee district.

It also has a reputation for rumba, loose women and gratuitous nudity which has somehow even managed to ensnare the dear Liberator, who sits proudly astride his horse in the centre of the city, as naked as the day he was born.

I first heard about Pereira from a friend of mine, who is from there. “She’s not really a Pereira girl,” her husband said, laughing as he put his arm around his wife and ignoring her rolling eyes. “You know what they say about Pereira girls, right?”

I didn’t, but I do now. It’s something akin to the English Essex Girl, only worse – Colombians would have you believe Pereira is the origin for all the nation’s prostitutes (you may have heard something lately about the existence of prostitutes in Colombia)

My friend denies this profusely – she’s a fiery Pereira girl – but did let on that the city has a dark side. It’s famous too for the other kind of nightlife, she says, which locals call: “Querendona, transnochadora y morena,” – something like “Loveable, dark and all-night-long,” which is rather unfortunate considering they are trying to move away from the prostitution jokes. The phrase actually refers to Pereira’s bars.

(Pereira also made the headlines six years ago – back in Colombia’s darker times – when a wave of gang-related violence killed almost 500 men in one year. A gun amnesty was announced but the women of Pereira feared their men wouldn’t hand over their weapons, so got together with the Mayor and imposed an official sex ban until the guns were collected. You can read about the so-called ‘Cross-Legged Strike’ here)

Anyway, I was just passing through on my way to the peace and misty dawns of the nearby coffee lands. Pereira looked pretty ordinary to me, there was certainly no evidence of a dark side when I arrived on the red-eye flight from Bogotá.

But I couldn’t resist a peek at that naked Simón Bolívar. Statues of Simón – that great liberator of five nations – are another one of my peculiar collections (which I may one day share with you, I even found a bust in Chile) so I walked discreetly to the city centre to see him while no-one was looking.

Disappointing is not the word. Nothing, as we discovered to our cost with that Annie Leibovitz shot of John Lennon for Rolling Stone, damages a man’s masculinity more than seeing him naked and in a near-foetal position. Liberating it may be, but there is nothing sexy about that statue. Perhaps the ladies of Pereira could kindly go on strike again until it is removed?