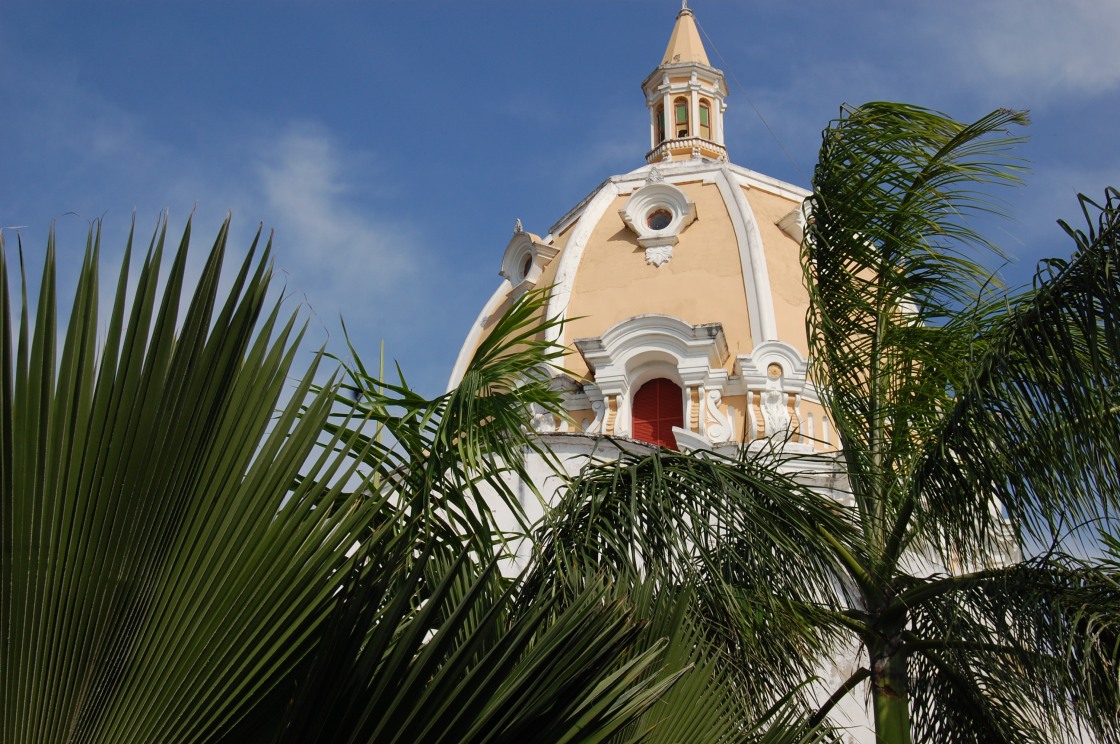 Honey… would you like to move to the Caribbean?

Last Christmas Day I woke very early and listened to the sound of 15 people snoring, before stretching out my left leg – immediately losing all of the warmth of the feather duvet – and reaching tentatively for the cold, tiled floor.

I was in Cusco, Peru. Due to the celebrations of the previous night, no-one would be awake for several hours.

I walked to the city square, enjoying the cold morning and making my way casually to the church. I don’t really believe, but I figured if you plan to celebrate Jesus’ birthday it is at least polite to pop into his house.

My way was obscured by a large Peruvian woman who made it very clear that 6ft tall, blonde English women were not welcome in the church – even though I assured her no-one takes pictures inside a church on Christmas Day.

I retreated a bit, cried a few tears of anger at the racism and exclusivity of it all, dried the tears, went back to the hostal, ate three Christmas dinners and a slab of chocolate cake and called home. It was a Christmas, just not as I knew it.

The Colombian knew about this Peruvian Christmas and some time back in sunny July, invited me to spend Christmas Day with him and his family in Cartagena – that lovely colonial old city on Colombia’s Caribbean coast.

(We’d been dating at that point for two months. I met him on a bus after an insane driver caused me to loudly crack my head and his beaming Costeño smile was the only good thing about it. It turned out he both lived and worked near me -although it took several coffees in public places before I believed he was not a potentially axe-wielding stranger)

It was just too easy to agree. Christmas with white sands and palm trees, huge family-sized meals in a house two blocks from the beach. Who wouldn’t?

Then Christmas became the whole month of December and finally, sometime in October, the Colombian decided he didn’t even need to return to Bogotá at all – he could just work in the family business. And why did I need to return? I didn’t need to work much there – I could just use the time and the sunshine to read, relax and write, he said.

I was working hard on a flurry of projects and didn’t think too much about it. Great, I said. And, as life sometimes unfolds, my flatmate soon revealed that our lease would expire the day before he had chosen to move, flying the hour-and-a-half to Cartagena. So I decided to move with him for the weekend, returning to Bogotá to spend two weeks living with friends; tying up loose ends, attending some Christmas parties and saying my goodbyes.

That was last weekend. I said goodbye to my flat, gave half of my possessions to charity and took the rest to Cartagena – celebrating with the Colombian as we scraped through the weight limit and boarded our flight to paradise.

The weekend passed in a blur of meeting family and exploring my new neighbourhood before, all too quickly, I was back at the airport and boarding the flight alone to Bogotá.

Then reality hit. Without thinking too much about it, I’ve now quit my home in my beloved Bogotá and everything I own is in the near-foreign country of the coast where I know no-one except the Colombian and his (fortunately kind, funny and extremely welcoming) family; a place where 99% of the conversations are in extremely rapid Spanish and I don’t even know where to go to take a bus or drink a coffee.