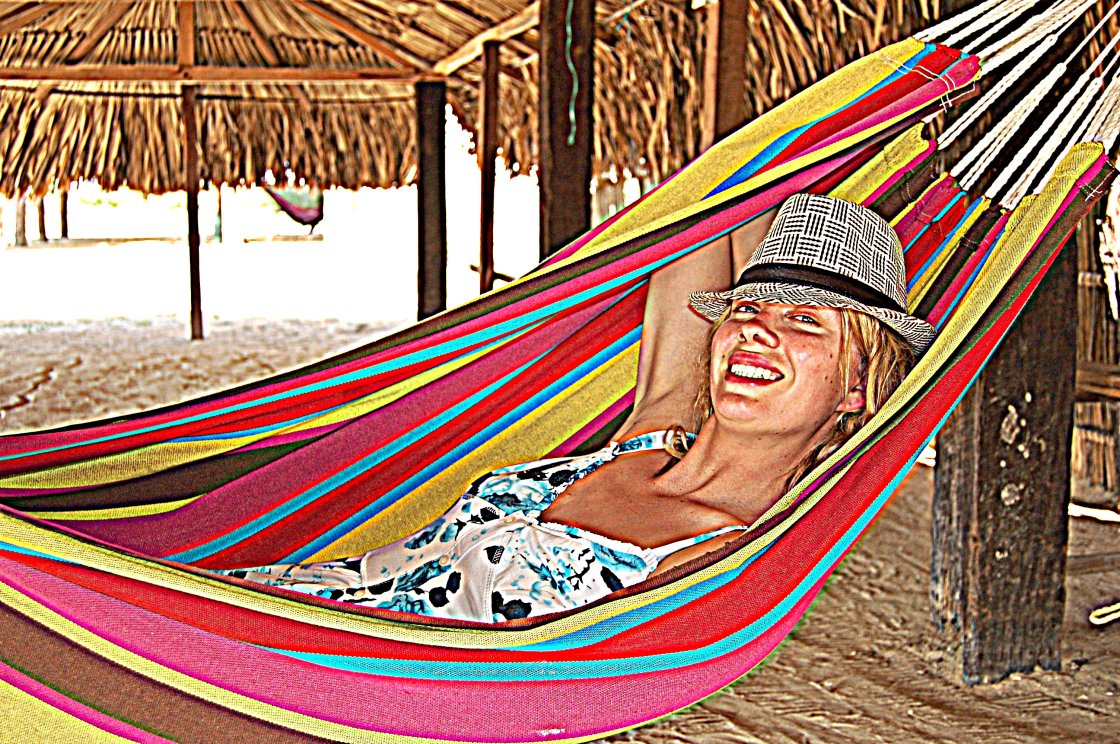 Tears are a weapon in South America, but unfortunately not a weapon I am willing to employ. I may flirt, cajole, feign ignorance and flatter to get what I need, but sob in the face of Colombian officaldom? Urgh, no thank you.

So when I left Bogotá’s Chamber of Commerce almost in tears – having been the victim of rapid fire Spanish in which I could make out the words “tax”, “business”, “renewal” and not a lot else – I was mostly just irritated by my own ineptitude.

A year ago I negotiated the complex ‘triangle of paper’ that is Bogotá’s visa office, its tax office and its Chamber of Commerce with the help of Colombian friends who flattered, smiled and fluent-Spanished me into having the right paperwork.

A year later, I decided to stand on my own two feet. If I’m going to live in Colombia, I need to do this stuff myself. So while the first Chamber of Commerce attempt was frustratingly close-to-teary, the second – a few days ago – was successful. At least I think so. It was good enough for me.

I danced out of that office, clutching my precious papers and fighting the urge to call everyone I know. My business is in order. It employs me and it does everything it is told. In Spanish, people, in Spanish! Wonders will never cease.

I am ridiculously proud of myself, especially as I wouldn’t know the first thing about employing myself in England, beyond creating the facebook page and I’m not sure that counts. No, this is a skill I have learned in South America and it is not alone, which, of course, calls for a quick summary:

1) I also know how to sleep in a hammock.

I’d never even seen a real hammock before arriving in South America, let alone spent the night in one. I’ll always be grateful to the Swedish tourist who explained the ‘sideways-jam’ technique to me on my first night on a Colombian-Caribbean beach. This method prevents the deadness that accompanies raised legs and allows you to sleep your precious eight hours without turning a hair. Awesome.

I used to believe that simply being in the right meant official situations had to go your way. Nowadays I understand that nothing is in black-and-white and negotiating officialdom means forcing said official to like you. I have ditched my abrupt British professionalism and am now the smiley blonde girl the official either wants to marry or befriend, depending on gender and I understand that this is the only reason I have any papers at all. The criteria is irrelevant.

Laugh you may, but on English camping trips I was always the one dancing around, making jokes and generally being annoying while other people pitched tents and put them away again. The poles baffled me and I was too lazy to figure out why. That’s all changed and whilst I may not have graduated much beyond a two man-er, I can’t help but feel like a mini Bear Grylls.

4) I know how to speak Spanish nojoda!

Yes, I make hilarious mistakes, frequently confuse the few tenses I have bothered to learn and have an accent somewhat east of Brazil but, stuff it, I can handle red tape, gossip for England and swear like a trooper in a language that is not my own. If you’d told me that at 27, I never would have believed you. Just don’t speak too fast. Or use the subjunctive.

Two years ago the word ‘salsa’ had the same ‘I-want-to-but-I-can’t’ effect on me as whispering the name ‘Dunkin’ Donuts’ at a Weight Watcher’s meeting. Well, it’s only taken two-and-half years but finally people have stopped inappropriately guiding my hips and tutting in salsa bars, which can only mean I am on the path to Shakira.

6) I can get pretty much anywhere.

In Liverpool, it took me more than a year to work out which 10-minute bus to take to work (and I’m still not convinced I found the most convenient) Here in South America I can get anywhere – from the remote Angel Falls in Venezuela to an obscure residential address in Bogotá. I’ve taken tiny planes and row boats and hitched rides in farm trucks and fishermen’s vessels to get where I need – but nothing has given me as much pleasure as finally cracking the code to Bogotá’s spidery Transmilenio.

In England, I thought nothing of buying £7 cocktails and ‘cheap’ £50 dresses but such is my determination to support myself through my Colombian business I’ve finally learned to budget. Alright, I often get ripped off and indulge myself, but I can budget when I have to and it isn’t even that bad.

Erm, well, I live 2,600m above sea level and, due to the nature of my work, I spend my days running around and jumping on and off buses. Considering my addiction to donuts, pizza and Milo cookies, I am not the person you should ask about this but I have learned that living in Bogotá will kill a few pounds.

My friends joke that I live under a ‘machine gun-toting guardian angel’ and if writing this blog ends my run of good fortune with regards to my personal safety, so be it. But I’ve been in some of the most dangerous areas in this continent and lived to tell the tale. My secret? Possibly being a foot taller than everyone else. I suspect it confuses would-be muggers. That or the fact I’m too thick to understand the words “I’ve got a knife”.

I wear nerdy glasses, I know the difference between Hootsuite and Triberr and you’re reading this right here, right now which can only mean one thing. I know how to blog. In the beginning I suspect it was just my mother repeatedly hitting refresh to check I was still alive, but nowadays Banana Skin Flip Flops has received almost 100,000 hits and around 200 of you have inexplicably chosen to receive new posts by email.

Not bad for a girl who said: “I’m off to South America. I’ll be back in six months.”