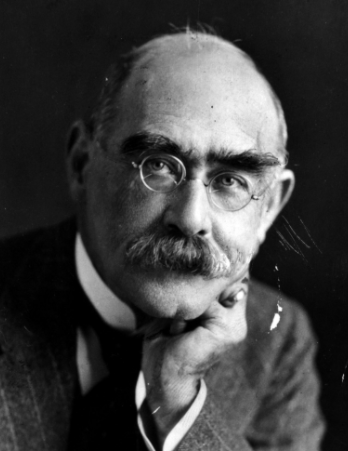 The older you get, the more the line blurs between good and evil. But, if you’re lucky, you also learn that you can take something you always considered an evil and turn it into a force for good. In my case, that’s doubt and criticism, both of which I loathe and both of which, apparently, I cannot work without.

I messed about at school when I was 17, which didn’t matter until my teachers told me my low predicted scores meant I couldn’t apply for the university I wanted. I was incensed. I went home, studied furiously and achieved the highest possible grades. My poor mother, who collected my results, admitted my teachers were nothing if not surprised.

A few years later, working all hours for a newspaper, I needed to pass another big exam. Older and wiser, I didn’t mess about this time. I was just too busy to study. The Editor called me into his office. “The preparation tutor told me you’re going to fail the exam,” he said. “Do you want to withdraw and take it in six months?” My colleagues had warned me the exam was near impossible to pass first time, but the fighter in me wanted to try. A few weeks later, a colleague called when I was out on a job. “Guess what genius?” she said. “You passed the exam. The Editor can’t believe it either.” Doubt – Zero; Victoria – Two.

Before our book was finished, a fellow foreigner referred to me as “the little blogger girl” at a party and joked that all I did was “drink coffee” and “ride buses”. It was his face I pictured whenever the book hit a hurdle and I considered quitting.

I may take a perverse pleasure in proving people wrong but I find criticism far pricklier. There’s a reason I rarely show people my work and avoid feedback at all costs. I have friends who join creative writing groups and attend courses, so they can sit in a circle and analyse each other’s writing. I try to imagine doing the same: listening to people’s opinions and defending whatever peculiarity had last dripped from my pen. I wouldn’t know what to do with my face.

There’s rarely time for feedback in journalism. They take your work and subjugate it to their will. I was warned about this by a tutor at journalism school, a battle-scarred London hack who told me: “File your work, then forget it. You don’t want to open the paper and see what they’ve done to it.” I thought he was precious until I learned to follow his advice. Now, read what Giles Coren wrote, when someone dared to change one letter of his prose. “Legend,” declared the ex-colleague, who sent that to me.

I recently wrote a piece of family history for my mother. “Hey, I’ve finished that thing,” I said, when I called her. “I’ll send it to you. If you like it, that’s okay. If not, please lie convincingly.” She laughed. She’s known me for a long time.

Unfortunately, not all critics are as helpful as my mother and when something does slip through the net, I suffer a three-day reaction. Day One: I hate the person and everything they represent. My work is exactly the way it is meant to be, because that is the way I wrote it. If something needs changing, I will be the one to notice. Day Two: Gah, the person is right. I’m an idiot who doesn’t deserve to hold a pencil, let alone a pen. I will stop writing. Immediately. Day Three: We are both right. We are both wrong. It’s business as usual baby, with extra inspiration to boot.

The criticism I’m building towards was a column about me, written by a Colombian journalist. He said my work was “full of clichés, banality and inferiority complexes” and: “Her view of her new homeland is one of glamour and exoticism, unequalled in the latitudes where she’s from.” So far, so reasonable, you might think. But then he compared me to Rudyard Kipling, whom he describes as “an unrepentant imperial apologist”.

He wrote: “Apparently, in the 21st century, the new, predatory attack on the people and wealth of our times arrives in the form of propaganda work from [Kipling’s] new rivals but, in this case, without the virtuosity of his prose and verse.”

He continues: “In these grey and grotesque times – the acceptance of Aboriginal and settler dispossession in blogs, propaganda articles and books about the banal adventures of a tourist in a café – the current literary technique is an absurd, cynical, uninformed flattery.”

His article was triggered by my comparison between the Bogotá of today and the Paris of the 1920s. Day One: “What a dick,” I thought. Bogotá deserves more than a single story. Plenty of people write about crime, bombs, death and displacement, shouldn’t someone chronicle our warmth, creativity and occasional cultural clashes? Day Two: “Gah, he’s right.” I am a frivolous, deplorable human being. I promise not to write another word about Colombia until we’re free from war, corruption, poverty, killing, homelessness, slavery, sexism and domestic violence, among others. Day Three: “We are both right. But perhaps I do need to go back to my Golden Age research… and make my point a little clearer.”

Anyway, I just wanted you to know that if you thrive on doubt and avoid criticism at all cost, you may not be correct, but you are certainly not alone. And there’s always the inspiration on Day Three, so make the most of it. Perhaps criticism is a necessary evil. Just don’t tell anyone I said that.