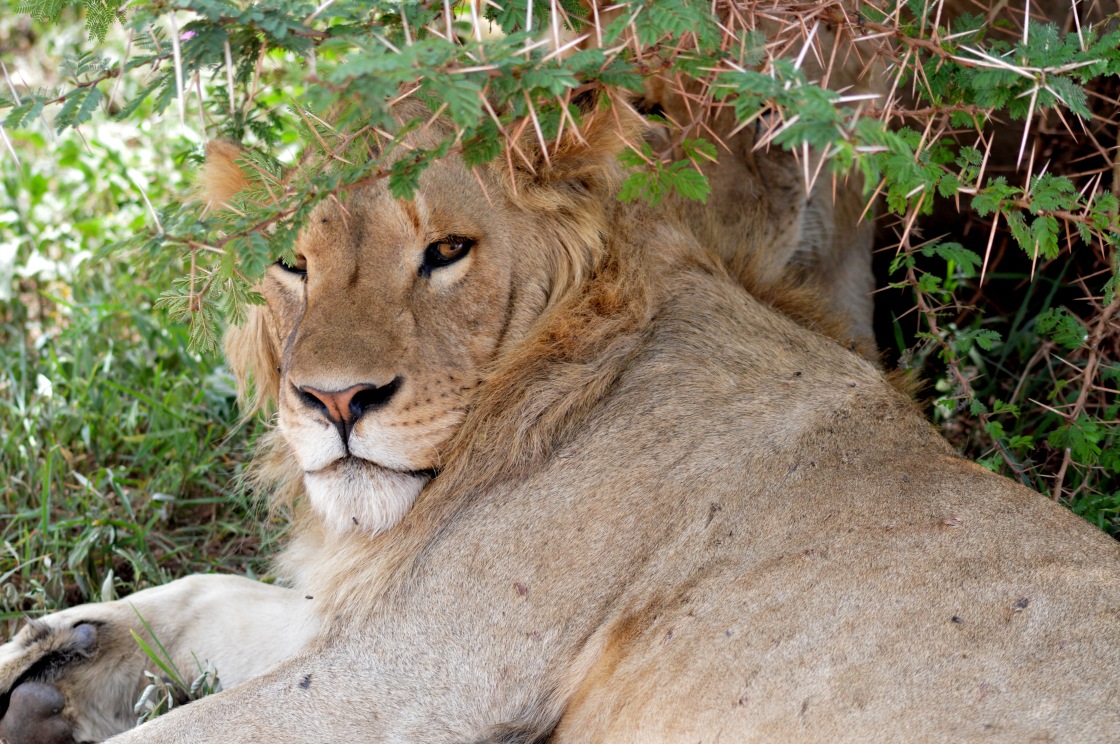 Poem: There is a campsite in the Serengeti

There is a campsite in the Serengeti.

where the lions arrive at night.

They sleep under the tourists’ vehicles,

where it’s warm, and when the tourists see them

they’re afraid to have their breakfast,

in case the lions still need theirs.

Once the lions arrived after breakfast

and would have found only the cook.

But the cook saw them first,

trotting up the path.

She climbed a tree, which would have been crazy

except the cook guessed the lions were heading for her kitchen,

She stayed in the tree for two hours

and when the tourists returned

they scattered the lions by beeping their horns.

There is a campsite in the Serengeti

where the hyenas arrive at night.

They come more often than the lions,

they come every night in fact,

they bring the jackals with them.

Hyenas come for the rubbish

of course they do,

they are always keen for a leftover.

They destroy the bins,

root through the papers and the veggies,

and search for something good to eat.

Thanks to the hyenas,

the campsite has a “One Hyena Rule”.

A tourist can only leave her tent at night

if she sees a single hyena, or none at all.

Because more than one hyena is a “brave hyena”.

There is a campsite in the Serengeti

some who climb trees,

throw their waste water onto the grass behind their kitchen.

That attracts the elephants,

intrigued at the prospect

Tourists are fond of the elephants because,

thanks to the padding

they can walk past a tourist’s tent

without the tourist noticing,

who breathe so heavily

they can be heard for miles.

At least, we hope it’s miles and not

that the lions are asleep under our vehicles,