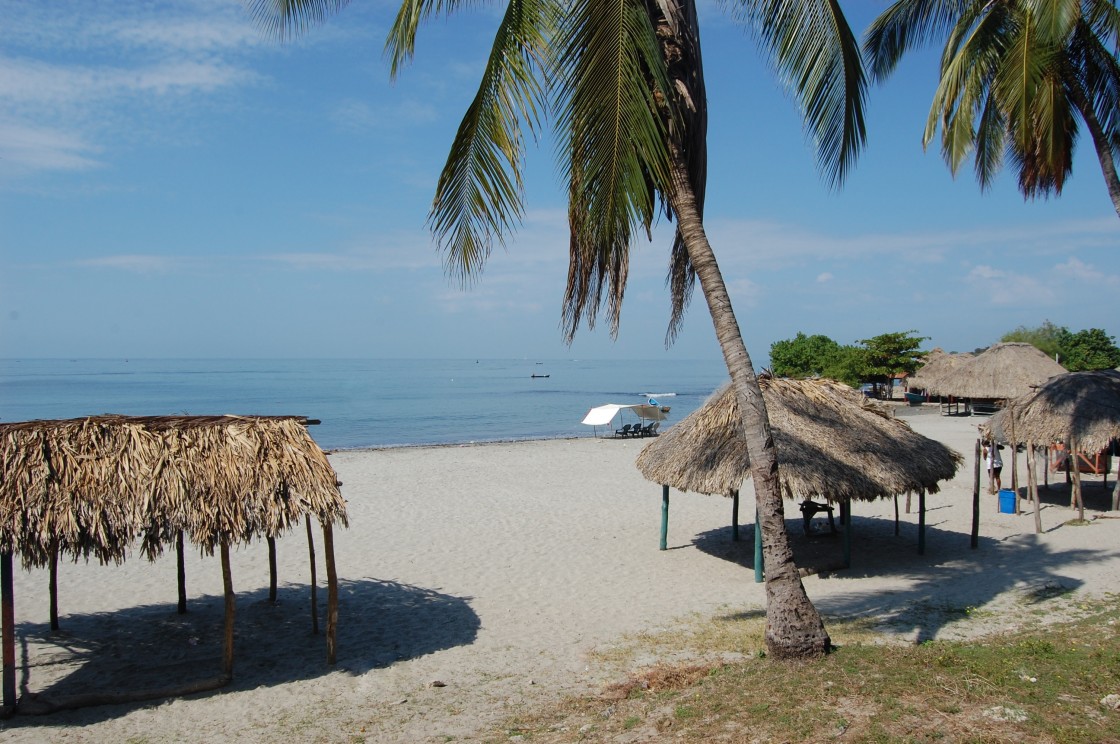 I can’t remember the last time I ate an oyster. In fact, I think the only time I’ve eaten the ‘food of love’ was in Paris, when I was 21-years-old and backpacking for the first time.

All I remember is swallowing a mouthful of seawater, followed by a feeling of vague disappointment. What’s so great about oysters?

That’s why, sitting on a wall in Bocachica at 9am, I wasn’t too excited by the oyster I was offered for breakfast. The vendor was a cheery Costeño with a bucket full of shells and a missing tooth. I ate the oyster on impulse. It was delicious. The first of many surprises in this strange little village.

Bocachica is a secret everybody knows about, which is the best kind of secret – because no-one realises it is one.

It used to be a proper tourist destination; people flocked to the palm-fringed beach to bask in the Caribbean sun. But then other spots became trendy and the world apparently forgot about Bocachica, leaving the stone beach huts to crumble into dust.

Of course there are dozens of deserted beaches but, even stranger, Bocachica is a genuine piece in the puzzle of Cartagena’s history. Two fortresses stand there in defiance. There are tales of maritime trickery for the adults, slimy tunnels for the kids.

I went after reading a note in the Naval Museum which describes how the British, stroppy in defeat, burned an island fortress as they fled Cartagena. Others remain. The two in Bocachica, a third you can see nearby.

It was so easy. You take a 20-minute water taxi for 5,000 pesos from the crowded tourism harbour. It’s a fifth of the price of the boat to Baru. We were the only tourists in our boat, which stopped at several villages before abandoning us on a pier.

Word somehow reached Pepe – a slim, barefoot local with an old-fashioned transistor radio slung around his neck – and he offered to be our guide. Thank goodness he did, he was invaluable.

Because you cannot expect traditional tourism at the Bocachica fortresses. There’s no map, no guide book, definitely no audio guide. At the first fortress we paid 9,000 pesos to the only person we saw – a woman half-asleep behind a front desk. Then we trotted dutifully behind Pepe, listening to his stories.

There’s a shallow pool of water in the middle of the parade ground, he says. When it’s low, you can breathe easy. When the level rises, you need to watch out – because the tide outside is high enough for an enemy galleon to sneak past.

There is a bizarre echo-based ‘telephone’ system, he continues. He shows us how the stone doorways were all built at different heights – a person who knows the fortress can run through with ease; an invader will crack open his head if he moves too quickly. There are underwater traps to sink his ships too.

We followed Pepe into the darkness and found dozens of bats hanging from damp caverns, chittering loudly. I wished I’d taken a torch but was glad of my hat, it felt like some protection against these swooping mammals.

Back in the sunshine and I still can’t believe Bocachica has been so thoroughly abandoned. The village – which you need to walk through to reach the fortresses – is extremely poor, but hardly daunting. The beach is lovely.

We sat in the shade and agreed, through Pepe’s network, to a lunch of fresh fish alongside more oysters and a lobster, also caught that morning. There was one woman offering massages. I accepted. There was another selling jewellery. We bought some. I wasn’t sure how these four people – a guide, a fisherman, a masseuse, a jewellery maker – could make a living from so few visitors.

Of course, we may just have been lucky. But this is the height of the season – every corner of touristic Cartagena is rammed full, except for this one. Bocachica feels like a desert island. It’s 20 minutes from the city, surrounded by sites of historical interest – a place where you can gorge on a huge lobster and 12 oysters for 20,000 pesos (£7) after swimming in a wave-free inlet, where you’ll barely see a soul, let alone another tourist.