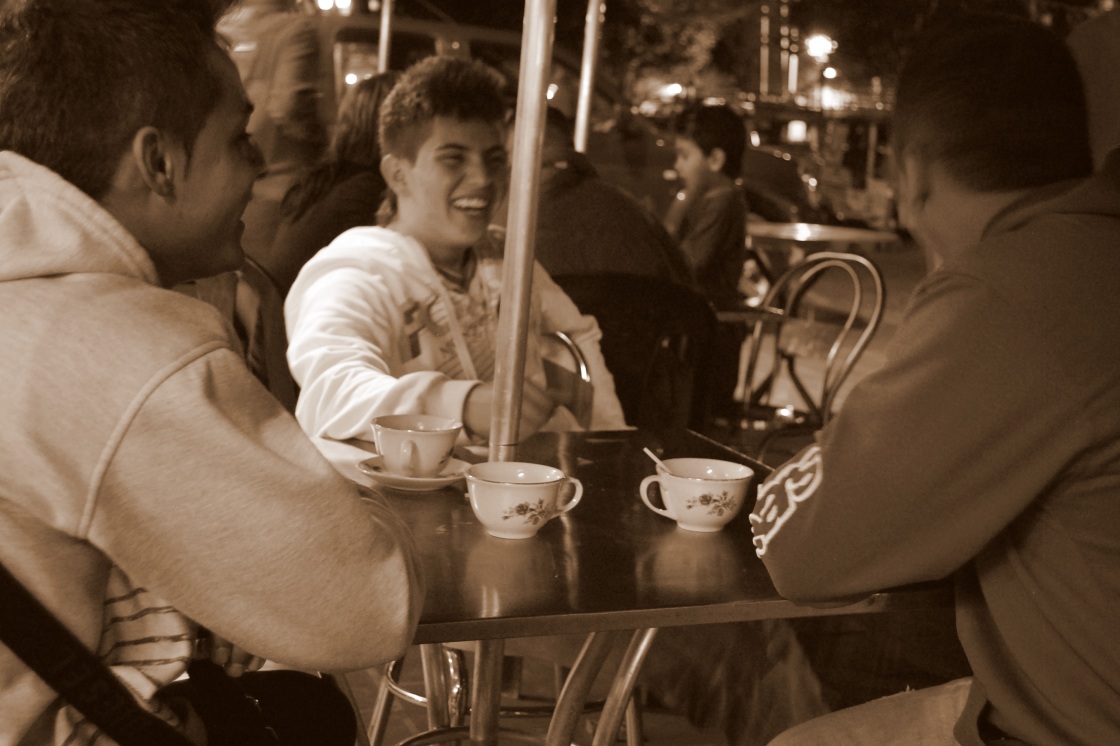 Dusk had slowly settled into night at Guatapé lake – a couple of hours outside Medellín – and the town’s inhabitants were already spilling onto the town square, ready to enjoy an early evening gossip, an exchange of hats and a good, old-fashioned, people-watch.

The square was beautiful, framed by the huge illuminated church, humming with laughter and chatter and the occasional clip of briskly trotting hooves on the paved streets.

Sitting beside my friends and I were three young men, probably in their late teens or early twenties, dressed in hoodies, tracksuit bottoms and trainers, with their hair carefully gelled.

If this had been England, they would have been gossiping merrily over a nice, cold, pint of beer. I assumed they were – but, as it was, they were drinking coffee. From rose-patterned china cups.

Two days later, I was home in Bogotá, on a bus – as always. Another young man (same hoodie, same trainers, same gelled hair) entered the bus and took the seat opposite me. I instinctively clutched my bag and concealed my iPod.

He ignored me, instead fishing through his bag to produce a care-worn book of poetry – love poetry as it turned out. He began to study it closely. I looked over his shoulder and, sure enough, there were all the stanzas, neatly arranged with their giveaway declarations of triumph and pain.

I felt guilty about my judgmental ways, especially as I now suspect these young men are the living embodiment of Colombia. The outside image leads you to suspect one thing… when the reality is really quite another. Perhaps hooded sweatshirts should hire a good PR man. I suspect the case has already been lost for hair gel.