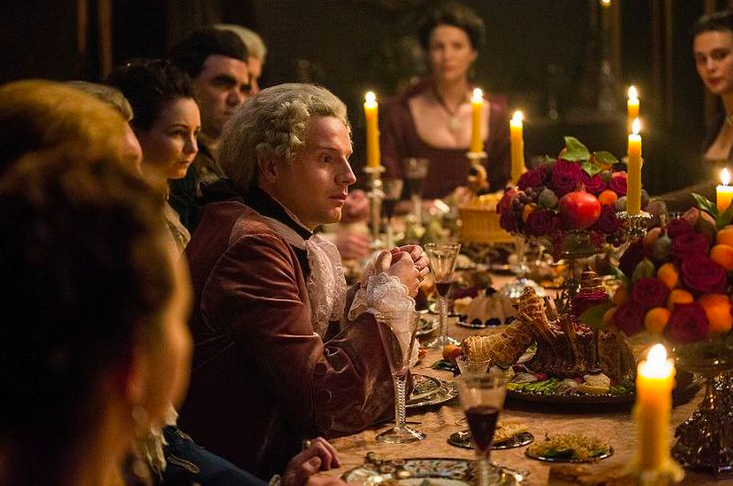 Sandwiches and sour grapes: Will being smart ever pay off in Colombia?

The other day my boyfriend was walking through the lobby of our building when a voice with an English accent that sounded exactly like Prince Charles said, “Good morning, how are you?” and my boyfriend started and turned around to find Juan Carlos, our doorman, grinning from ear to ear.

“I’m learning English online,” he said. “I have a lot of free time.”

I give a few lectures a week at one of Colombia’s most prestigious business schools. It has elegant red brick buildings with soft carpets and wood-panelled lecture theatres, and an extensive library with an indoor waterfall. The place has such a quaint, Hogwarts feel that I go there even when I’m not lecturing, so I can sit in the courtyard and write.

It was there that I met one of the young men who makes the sandwiches that are sold in our cafe, and we’ll call him Will because he reminds me so much of Good Will Hunting. Will makes sandwiches for students by day and studies English by night and is now so good that we have lengthy conversations about his plan to emigrate.

Last week it was revealed that being an English speaker in Colombia may be better for your finances than having a post-graduate degree and, even though I take statistics and studies like that with a pinch of salt, it does make me happy to see people who are on their way up. I have no idea whether Will and Juan Carlos will ever achieve the fluency required to experience such a boost, but let’s hope they do and that meritocracy and social mobility will come to Colombia sooner rather than later.

Before we get too excited though, at the thought that talent and hard work may one day mean more than cold hard pesos and your surname, I would like to tell you about my experience with Ser Pilo Paga, a Colombian Government-funded initiative that provides higher education scholarships to students from disadvantaged backgrounds who receive the highest grades. The name roughly translates as Being Smart Pays Off.

I went to a dinner party and sat opposite a well-dressed woman for whom I did not exist until I happened to mention the name of the business school where I lecture.

“Hmph,” she sniffed. “I suppose they accept kids on that awful Ser Pilo Paga programme.”

“We do,” I said and I began to eat a bit faster, conscious she was about to sour my food.

“I hate that,” she said, putting down her fork. “How can the Government pay for the education of those children while we, the middle classes, are struggling to put our kids through university?”

I looked at the woman and then I looked at the dinner party. There were two waiters serving platters of imported food and three musicians twinkling away in the corner. Then I remembered that the rich in Colombia are a bit ridiculous and they do often over-leverage themselves keeping up appearances, paying their membership at the country club and for three maids and a chauffeur-driven car, when they can’t really afford it.

I decided to give this struggling woman the benefit of the doubt.

“The whole thing is so unfair,” she continued, warming to her theme. “You should see what these children bring with them for lunch. A sandwich! They sit there, eating their sanduchito, while my daughter eats a real lunch and what is she supposed to do? Take them out for a meal every day?”

I put down my fork too, which was a shame, but there’s not much you can do in the face of sour food. I looked at my boyfriend who gave me a stern look that said, “Don’t you dare,” so I gulped my wine instead.

“And then there’s the issue of having to study with these children,” the woman said. “They come from these horrible places, miles from anywhere. How is my daughter supposed to work with one of them? It’s outrageous.”

There are two things you can do when you brush up against the coal face of evil. You can lose your temper, speak on behalf of those who have no voice and say, “Hell is filled with people like you,” to which they reply, “Oooh, you liberals, you’re all into human rights until someone disagrees with you,” (they always say that) or you can do what I now do, which is to absorb everything that is said without comment and then fall into a fit of depression at the realisation that people like that really do exist.

“And you know the worst thing?” the woman said, leaning forward with a conspiratorial whisper. “Those kind of children always come from broken homes. Who wants their child to mix with people like that?”

I gave a bark of laughter and looked at the hostess, whose generosity was paying for the fine food and the fine wine and the musicians and the waiters, and who is very much divorced. She was chatting to her housekeeper at the dessert table and missed the ‘broken home’ comment and that seemed such a sensible position to adopt that I too left the table, and was spared the rest of this woman’s take on fairness, and the like.

The following day I saw Will, who was busy making cheese sandwiches for our students and his sandwiches don’t tend to do them any harm, given that our alumni earn more money than the graduates of any other institution in the country.

“How’s the English going?” I said.

“Listen, have you heard about this scholarship programme?” I replied. “It’s called Ser Pilo Paga. Maybe that would interest you?”