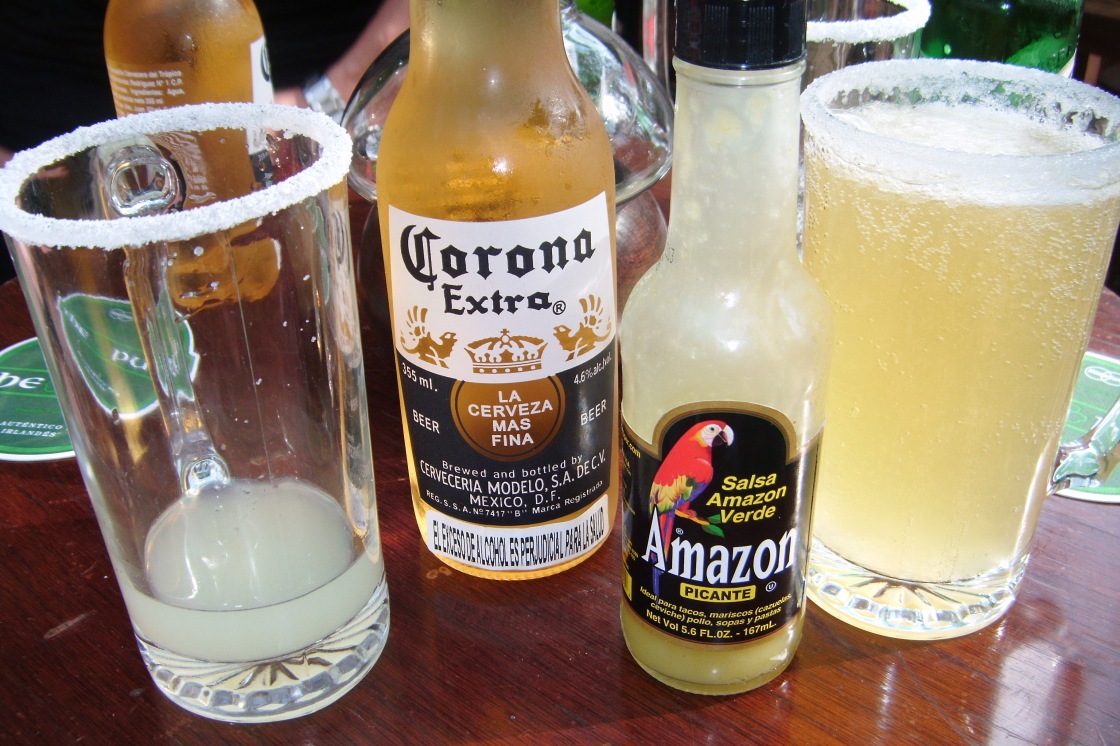 Everyone I know loves drinking micheladas. Okay, that’s an exaggeration, but let’s just say there’s enough of a buzz right now for me to think we’re experiencing a michelada moment.

I remember when gin and tonic became a hip and trendy drink almost overnight. I was 23 and, until that moment, gin had been the sole preserve of desperate housewives. But suddenly it mattered if you could tell your Gordon’s from your Tanqueray. Every self-respecting home, including mine, had a bottle of Bombay Sapphire shining brightly on a shelf somewhere.

Before that it was the Summer of Cider. In the blink of an eye, alcoholic apple juice stopped belonging to tramps and park benches and paper bags and became the only acceptable drink to take to a summer barbecue. I lived on Strongbow that year.

Now the mantle has fallen to beer, or rather, how you drink it – blonde and inside a glass strategically decorated with salt and pumped with lime, black pepper and a few drops of a fiery sauce, such as Tabasco. That’s a michelada. Get beyond the first salty mouthful and you’ll instantly be addicted – just go easy on the sauce.

Micheladas are said to have originated in Mexico, where it’s also considered a hangover cure. There are dozens of versions – you can mix your beer with Worcestershire Sauce or chillies.

Here’s how to make your own, Colombian-ish, michelada:

1) Run a fresh lime around the rim of a glass. Pour a decent amount of salt onto a dish. Put the glass into the dish and rotate until the glass has a ring of salt around the top.

2) Squeeze the juice of two fresh limes into the glass.

3) Sprinkle the lime juice with black pepper and add two drops of Tabasco and one ice cube.